Sage is a free open-source mathematics software system licensed under the GPL. It combines the power of many existing open-source packages into a common Python-based interface. Sage Days 12 is a mainly developer-oriented workshop for work on the Sage mathematical software system. It will be held at the Calit2 Center at UC San Diego and is funded by CCR La Jolla. 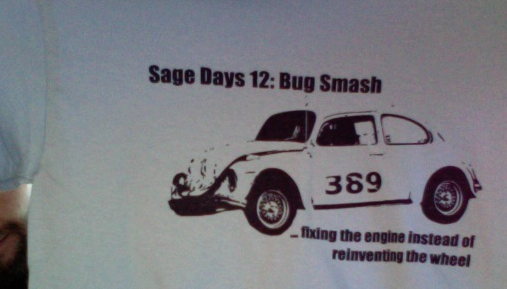 On Jan 21, 2pm - 5pm, there will be three colloquium-style talks aimed at a general audience:

We will have a bug triage at 5pm.

The conference hotel is The Residence Inn on Gilman, across from UCSD.

The structure of the workshop is as follows: there will be very few lectures, and the rest of the day is spent with intense working sessions. This will consist mostly of:

Though a small group will focus on discussing and implementation Jean-Charles Faugere's F5 algorithm for computing Gröbner bases, by far the main goal of this workshop is fixing bugs and writing doctests, which will uncover numerous additional bugs.